Skip to content
Snoring & Sleep Apnea
Sleep is a necessary and vital biological function. It is essential to a person's physical and emotional well being. 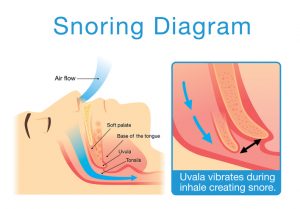 Obstructive sleep apnea is a condition that affects millions of Americans. Signs and symptoms of sleep apnea Include daytime sleepiness, snoring, witnessed episodes of cessation of breathing while sleeping, frequent arousals at night, and waking up gasping at night. If left untreated it can have a significant effect on your quality of life by causing excessive daytime sleepiness, low energy, depression, and weight gain. Untreated sleep apnea also increases a patient’s risk of developing hypertension and diabetes, heart attacks·and strokes. The doctors at Southeast Michigan Ear, Nose, and Throat are able to perform sleep studies to diagnose sleep apnea.

If patients are diagnosed with the condition we offer comprehensive treatment of sleep apnea which includes surgical and non-surgical treatment options. If appropriate a patient can be fitted with a CPAP machine to prevent airway collapse and allow the body to maintain appropriate oxygen levels. If surgical treatment is needed our doctors offer multiple surgical treatment options which include tonsillectomy, adenoidectomy, nasal septum and turbinate surgery, uvulapalatopharyngoplasty, ablation of the base of tongue and trans-oral robotic resection of the base of tongue. Surgery will be tailored for each individual patient to treat their specific areas of obstruction. Dr Roger Toma is one of the handful of surgeons in the state of Michigan who performs the very advanced and minimally invasive robotic surgery for treatment of sleep apnea.

Ready to book an appointment?